Richard Susskind: The Future Of Professions

To make a computer do clever things:

The intelligence was more in the representation that the human beings put together than the system Human expert relies in tacit knowledge, that cannot be expressed in rules Machine are great for doing complex but routine work that you can reduce to a set of procedures but when you need expertise, experience and creativity you could not reduce that to a set of procedures so that for all time will be for humans to do.

2. 1997 Deep Blue beats Gary Kasparov: till then has been thought it was impossible.

AI Fallacy: the only way a machine could perform at the level of human experts was by replicating their expertise or judgement. The system does not know anything about the data it is processing. No one is thinking to create a robot that replicates what humans do. 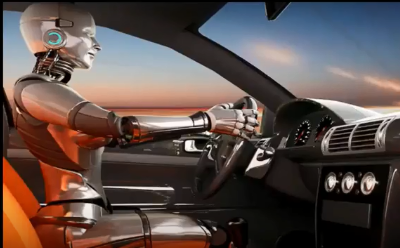 1st general-purpose computer to be completed was ENIAC (Electronic Numerical Integrator And Computer), built at the Moore School of Electrical Engineering in Philadelphia, and unveiled in 1946.

The Dartmouth Conference, New Hampshire 1956: every . . . feature of intelligence can in principle be so precisely described that a machine can be made to simulate it. John McCarthy, Marvin Minsky, Claude Shannon, and Nathaniel Rochester

Herbert Simon said in 1965 that “machines will be capable, within twenty years, of doing any work a man can do

Marvin Minksy Within a generation . . . the problem of creating ‘artificial intelligence’ will substantially be solved

late 1980s when the funding dried up again

Google is an artificial intelligence company. It makes most of its money (and it makes a phenomenal amount of money!) from intelligent algorithms which match adverts with readers and viewers

In December 2012 Google hired the controversial futurist Ray Kurzweil as a director of engineering. Kurzweil, of whom more later, believes that AGI will arrive in 2029, and that the outcome will be very positive.

Facebook lost out to Google in a competition to buy DeepMind, but in December 2013 it had hired Yann LeCun, a New York-based professor at the forefront of a branch of AI called Deep Learning

the technology giants which are major players in AI are almost all US companies. A notable exception is Baidu, founded in 2000 and often referred to as China’s Google.

How good is AI today?

Demis Hassabis has said that AI converts information into knowledge, which he sees as empowering people. Most of the tasks that we perform each day can be broken down into 4 fundamental skills:

3. FROM DIGITAL DISRUPTION TO ECONOMIC SINGULARITY

Business leaders often know what they need to do: set up small internal teams of their most talented people to brainstorm potential disruptions and then go ahead and do the disrupting first. These teams need high-level support and freedom from the usual metrics of return on investment, at least for a while. The theory is fairly easy but putting it into practice is hard: most will need external help, and many will fail.

*If computers steal our old jobs, perhaps we can invent lots of new ones?

It is possible for a general intelligence to be developed using very common materials. This so-called “existence proof” is our own brains. They were developed by a powerful but inefficient process called evolution.

let’s turn to three arguments that have been advanced to prove that it will not be possible for us to create conscious machines. These are:

The more detailed a model has to be, the harder it is to build

Machine learning computer system does can be

Machine learning employs a host of clever statistical techniques. Two of the most commonly cited are:

Since 2005 a group at Stanford University has hosted the International General Game Playing Competition, which offers a $10,000 prize to the winning machine.

Our brain is not like a car, a single system whose component units all work together in a clearly structured way which is constant over time, and all co-ordinated by a controlling entity (the driver).

It is more like a vast array of disparate systems using hardware components (neurons) that are scattered all over its volume, seemingly at random.

The speculation that a system containing enough of the types of operations involved in machine learning might generate a conscious mind intrigues some neuroscientists, and strikes others as wildly implausible, or as something that is many years away

to teach a computer to recognise a lion you have to show it millions of pictures of different lions in different poses. A human only needs to see a few such pictures. We are able to learn about categories of items at a higher level of abstraction. AGI optimists think that we will work out how to do that with computers too.

There are plenty of serious AI researchers who do believe that the probabilistic techniques of machine learning will lead to AGI within a few decades rather than centuries. The veteran AI researcher Geoff Hinton, now working at Google, forecast in May 2015 that the first machine with common sense could be developed in ten years.

If the first AGI is created using systems like the ones described above it is likely that it would be significantly different from a human brain, both in operation and in behaviour.

3. A comprehensive theory of mind

Rodney Brooks: I think the worry stems from a fundamental error in not distinguishing the difference between the very real recent advances in a particular aspect of AI, and the enormity and complexity of building sentient volitional intelligence.”

Andrew Ng at Baidu and Yann LeCun at Facebook are of a similar mind, as we saw in the last chapter.

However there are also plenty of veteran AI researchers who think AGI may arrive soon. Stuart Russell is a British computer scientist and AI researcher who is, along with Peter Norvig, a director of research at Google, co-author of one of the field’s standard university textbooks, “Artificial Intelligence: A Modern Approach”

April 2014 Stephen Hawking leading proponent of the idea that much more work is needed to ensure that AGI is friendly toward humans.

When you compare exponential curves plotted for ten and 100 periods of the same growth, they look pretty much the same: wherever you are on the curve, the past always looks horizontal and the future always looks vertical

Exponential curves do not generally last for long: they are just too powerful

In February 2015 Intel updated journalists on their chip programme for the next few years, and it maintains the exponential growth.

One of the first systems to operate at the exascale may be the Square Kilometer Array telescope system. start scanning the sky in the early 2020s

**Most of the things which are of vital interest to us change at a linear rate. **

seven possible reasons why many people shrug off the extraordinary progress of AI as not significant.

Professor Russell thinks AGI will arrive not because of the exponential improvement in computer performance, but because researchers will come up with new paradigms; new ways of thinking about problem-solving.

We have no idea of how much smarter than us it is possible to be. It might be that for some reason humans are near the limit of how intelligent a creature can become, but it seems very unlikely.

we have already been overtaken – and by a very long way – by our own creations in various limited aspects of intelligence (pocket calculator, chess computers, self-driving car)

we humans are subject to a range of cognitive biases which mar our otherwise impressive intelligence:

So it is easy to imagine that there could be minds much smarter than ours.

There is no need to pre-judge whether a superintelligence would be conscious or self-aware. It is logically possible that a mind could have volition, and be greatly more effective than humans at solving all problems based on information it could learn, without having the faintest notion that it was doing so.